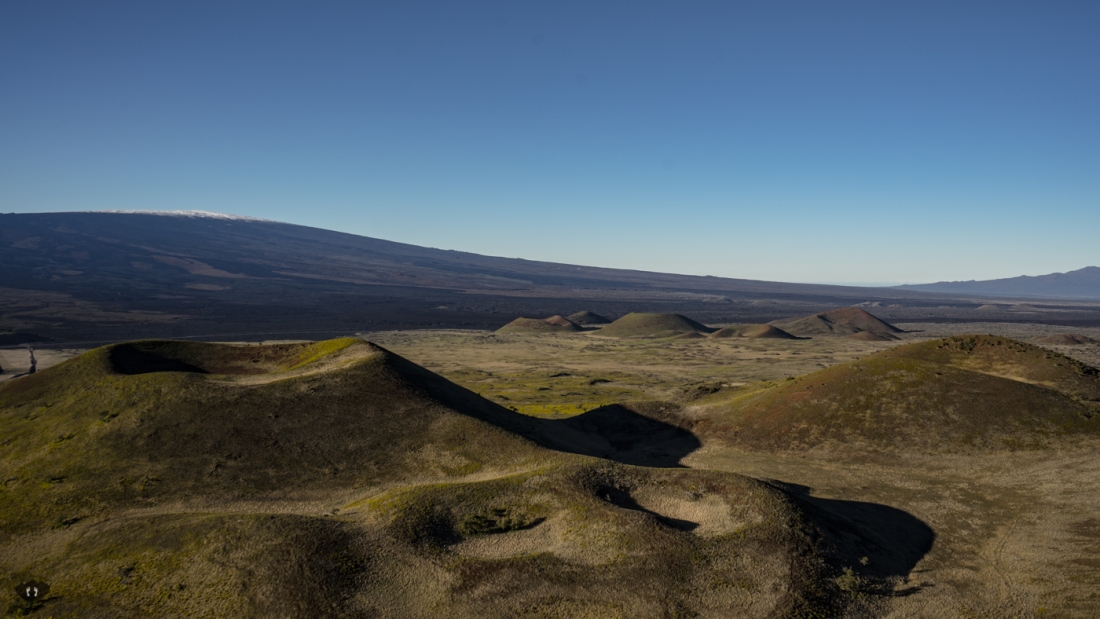 From what we heard about Kona (being the touristy area of the island) we imagined the place to have a big sandy beach with restaurants and lots of people there. When we were getting closer to the Kona area we quickly realized that it is not quite like that. The area is very steep and sandy beaches are almost nonexistent. There are two small man-made beaches in Kona itself, but apart from that, there is mostly a coastline of volcanic rocks. In central Kona, there really are some restaurant just at the coastline, but the town center was not as big as we pictured it – which was totally fine with us. Kona did feel very “American” to us though. You couldn’t go anywhere without a car. Not that this would be much different in other parts of the island. But here it just surprised us because there were actually stores in walking distance, but just no walkway to get from one to the other. So, Kona was our hub for the next few days. We did spend some time in Kona where we found some real gems but explored mainly the surrounding.

Huggo’s on the Rocks is not so hidden, but still a gem. It is one of the few places directly at the sea without a road disturbing the view. But the actual reason this bar finds space in this post is the amazing Nacho Plate we had there. They were loaded with Guacamole, cheese, black beans, mango, jalapenos, cream cheese and – the best – Kalua Pork (a Hawaiian style pulled pork dish)! Best you go there between 3 and 5 pm for happy-hour to make your experience a little cheaper.

The hotel beach that is none

We got this great tip from a local that loves to hang out in a bar to talk to people and tell them a few things about the island. Sounds a little weird, right? But turned out he had some great suggestions for us! There is this small sandy beach right next to Royal Kona Resort. It looks like it would belong to the resort as there are umbrellas and beach chairs, but as the other guy told us, it is actually public. When we had a quick swim there, no one stopped us, so I guess what he said is true.

Not far from this small sandy beach there is another public beach access (no sand). We just went there to have a quick look and were surprised with two sea turtles relaxing and eating on the volcanic rocks. Maybe you are lucky too! We went there around 5 pm.

Well there is not much else to say. It is a nice park a little north of Kona, where the sunset is just perfect. The parking spots are actually along the old runway (cool, isn’t it?) and the two times we were at the park, it was almost empty.

Besides the sights downtown, there are a lot of great things to do within a one hour drive from Kona.

There is pretty decent snorkeling at Two Steps (almost as good as Kapoho tide pools in Puna). The place is well known among tourists and was pretty crowded when we arrived there around 8 am. Just when we left there were boats, dropping off people for snorkeling. So, it is definitely a good idea to get there early. Despite the other people, we had a great time there. It is also no big deal to swim a little further out to avoid snorkeling in a big group.

Just a little north of Two Steps, there is captain cook, where you can rent Kayaks to explore the coastline. You are supposed to even see dolphins sleeping there and manta rays while snorkeling every now and then – we weren’t lucky though. But still, we had a great morning trip kayaking, and snorkeling at the beautiful Captain Cook coastline. We rented our Kayak at Ehu and Kai Kayak Rental and paid 60$ for it, including a dry bag. They did a really good job there and we thought that the price was quite good for Hawaiian standards. 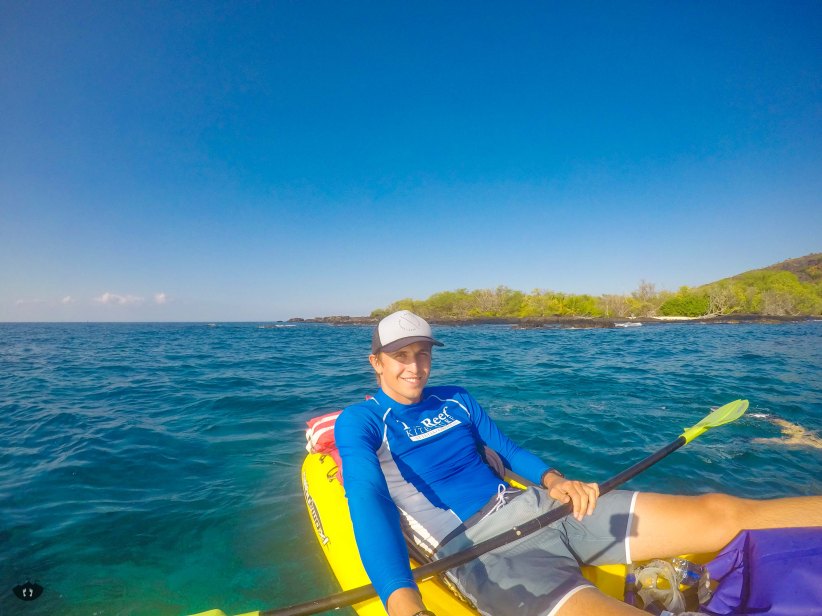 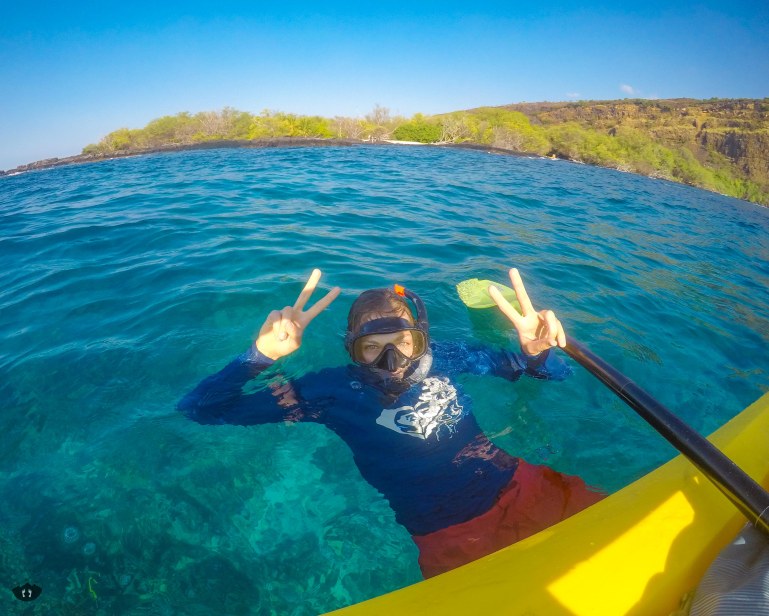 Definitely worth a trip! We went there for sunrise which was absolutely beautiful – especially because we were the only ones there. We could only go up to the visitor center though as you need a four-wheel drive to go up to the very top at 4205m. Still, the visitor center is at 3000m and already offers a great view over the many (now grass covered) craters. 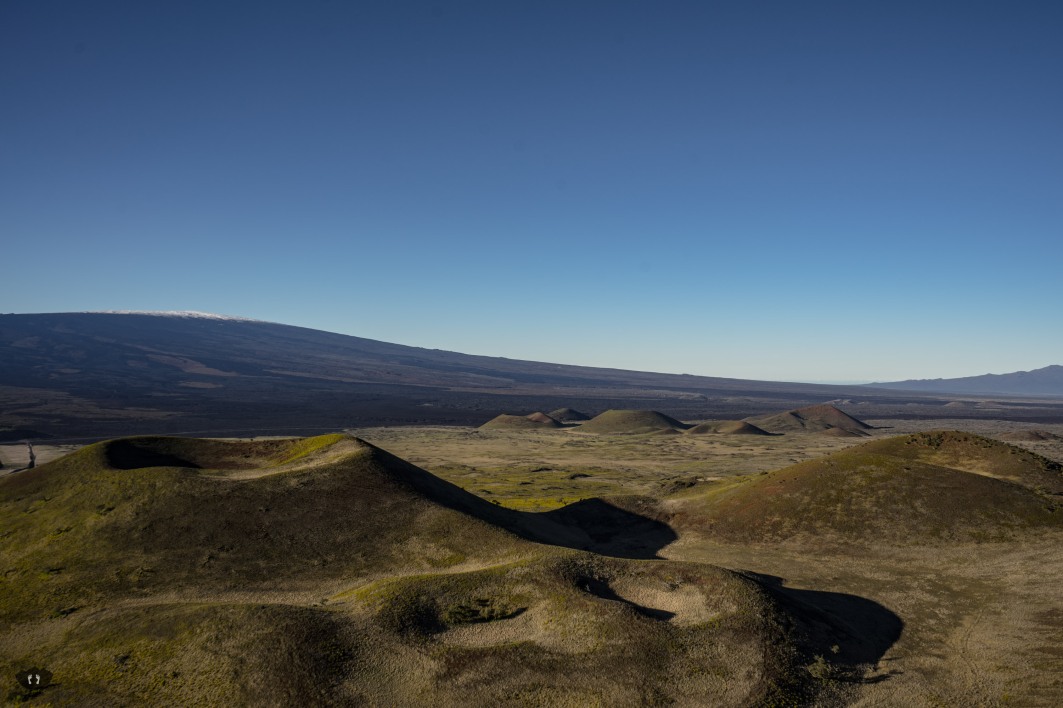 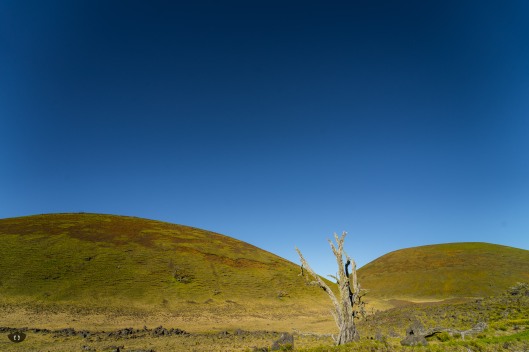 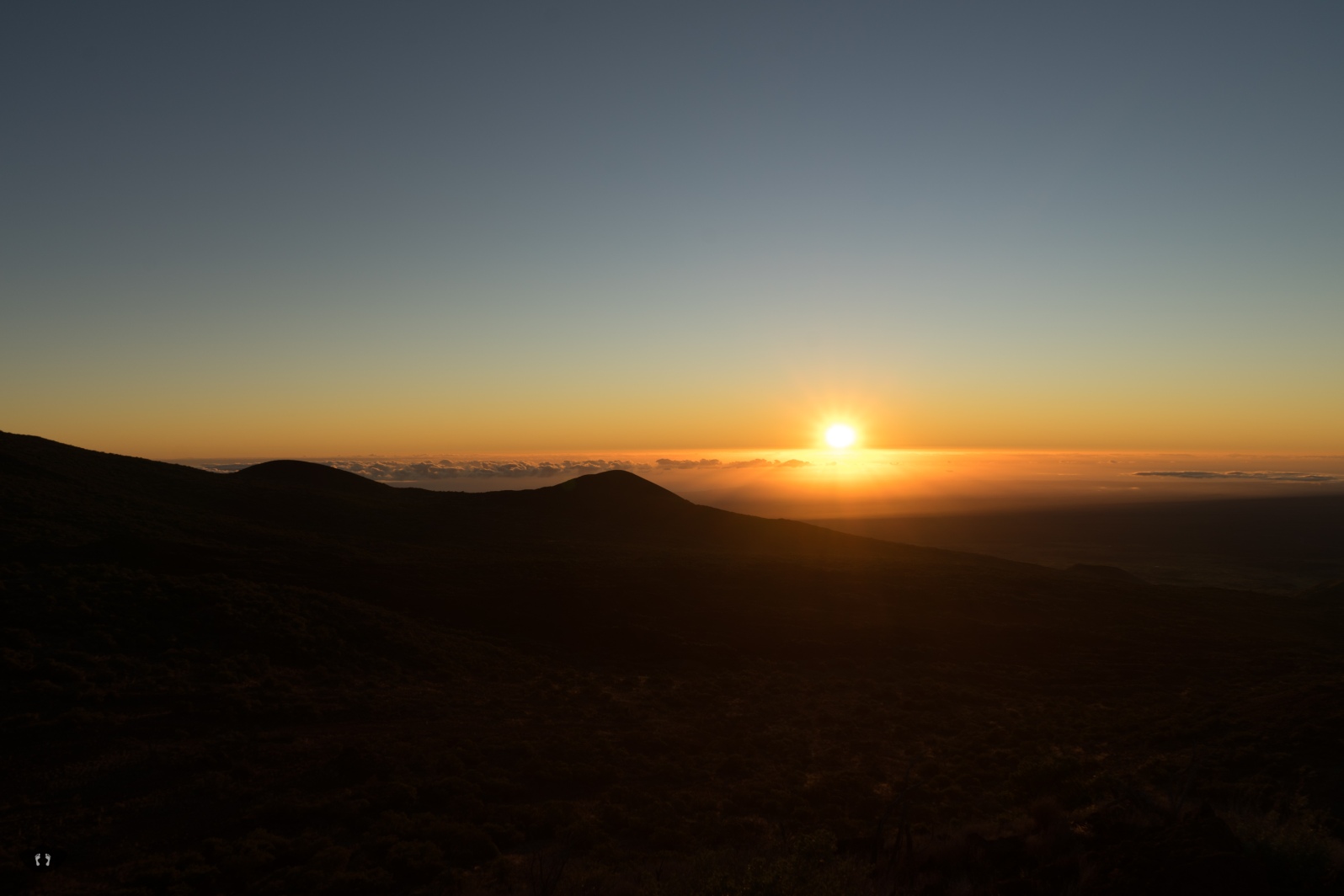 Hapuna Beach Park and Waialea Beach: As there are not many sandy beaches on Big Island we would like to point out the few ones we discovered. For Hapuna Beach Park and Waialea Beach (next to each other), you pay 5$ for parking as a nonresident. These beaches are really nice and probably one of the best places to go to on Big Island if you want to spend a day at the beach. During high tide in the morning, there is not much space at Waialea Beach but it is still very beautiful with its many little coves and trees reaching out to the water.

After our stay in Kailua-Kona during Hawaii’s high season (holiday season), we can definitely say that even on the more touristy part of the island it is not as crowded as in some parts of southern Europe during summer. Big Islands, in general, is not very populated. There is a lot of nature to explore, even if you are staying in Kona. For our purpose, it was definitely a great hub, but we highly recommend spending a few days on the Hilo side as well and experience their lifestyle.