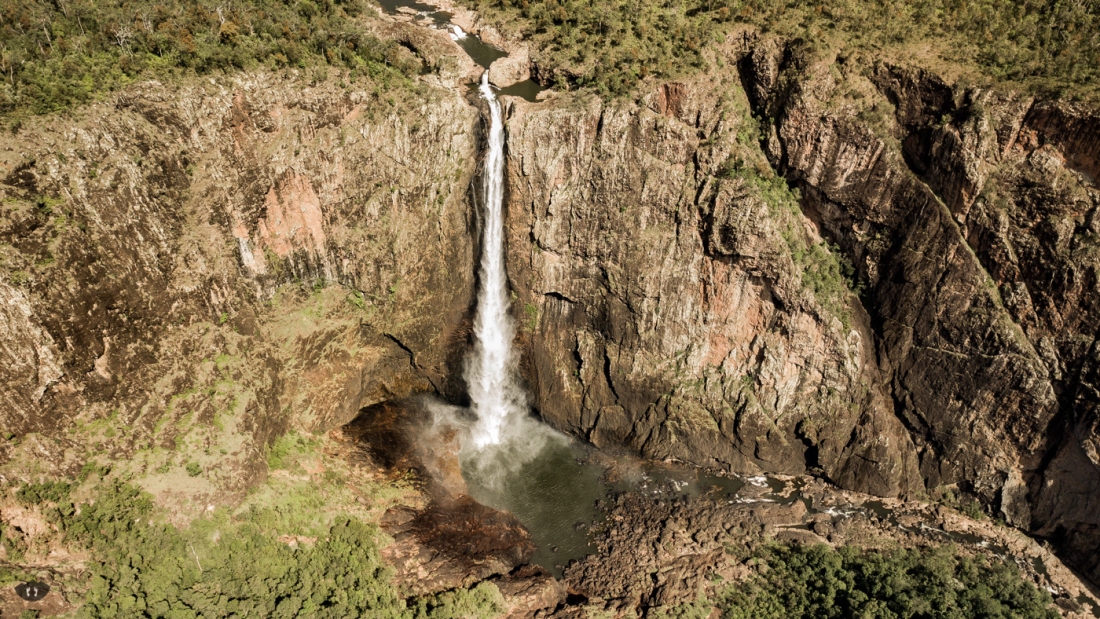 The main reasons we drove over to the west coast were to scuba dive at the SS Yongala, to see some waterfalls and Daintree rainforest with Cape Tribulation. Apart from that, I was really looking forward to a wider selection of fresh fruit. It wasn’t Mango season, but we were lucky that Paw Paws and Avos were in season and therefore really cheap.

The second day on the east coast we already booked to dives at SS Yongala. We had two amazing dives there! Heaps of fish are swimming around the wreck, soft and hard coral built on it over the years and every now and then big stuff is dropping by to get cleaned. Our absolute high light was the huge marble ray that was hovering above the wreck to get itself cleaned. As we were the only two diving on Nitrox we were able to explore the wreck on our own and to stay down as long as our air permitted us to. Apart from that I really have to say that I was a little surprised how unprofessional the whole trip was handled. I mean, we still had a nice day and the dives were exceptional, but I reckon you can expect a better quality of both the service and gear. After all, we are in Australia, paying 300$ for those dives and not on a secluded island somewhere in Indonesia. Honestly, gear, quality, and level of professionalism were way higher on the Banda Islands. 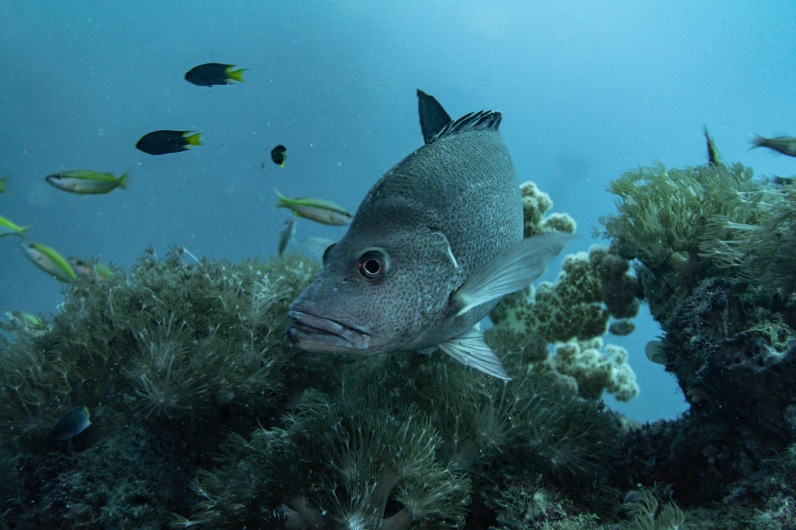 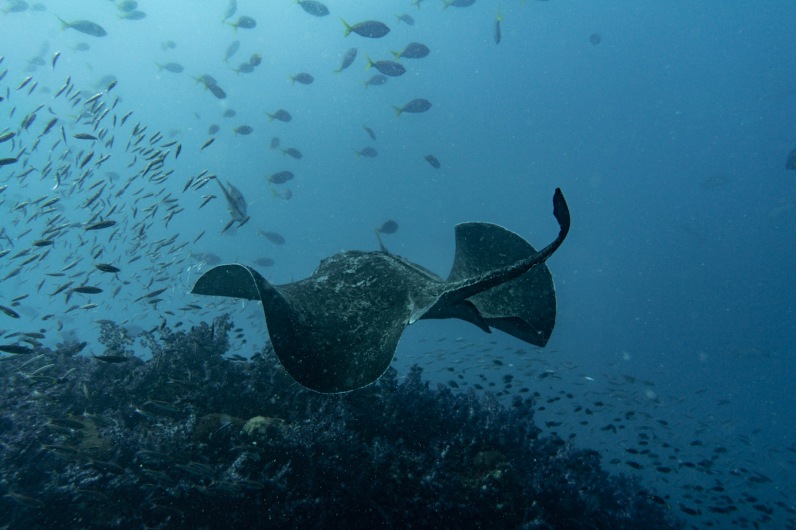 Highlights on the Road

Driving northwards we passed a lush green scenery of huge sugar cane fields, saw mountains and rainforest in the background and every now and then the blue ocean left of us. Unfortunately it was raining almost the whole week we spent in Queensland, but there were still a few things to see that didn‘t need nice weather. We took a quick break at the natural Cardwell Spa Pools. With their turquoise colored water and surrounded by trees, they look just stunning! The water has a comfortable temperature and when we were there (in the morning) we had the place almost to ourselves. The next great stop along the northern east coast are the Wallaman Falls. This waterfall is one of the highest we have seen and is definitely worth a visit. There are a lot of waterfalls to visit in Queensland and also the Northern Territory, but this one was the most impressive on I reckon. So, definitely the one the visit, if you don‘t have the time to see them all. We stayed at the mission beach for two nights and loved it for its size and the many palm trees. Also in this are you get the chance to see a Cassowary. So, we were searching the forest for them whenever we hit the road. After a while we didn‘t believe anymore that we would spot one. After all they are quite rare to spot. But then, when we almost left the beachside again there was one! Just at the side of the street, eating some grass. Wow, we are so lucky to see one of those impressive birds! 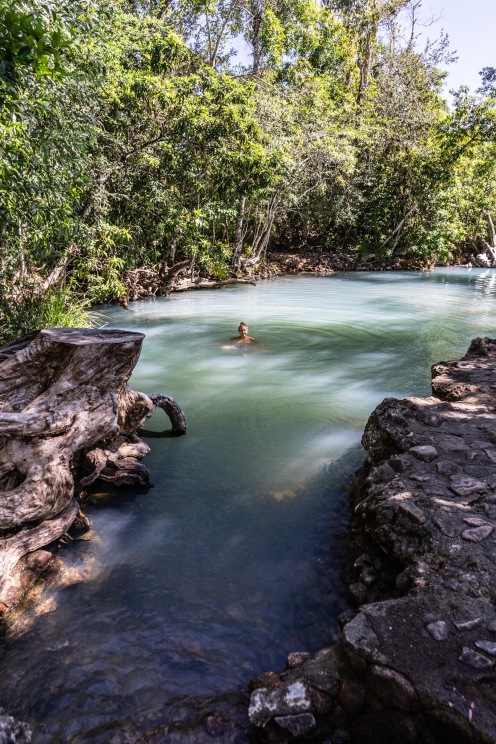 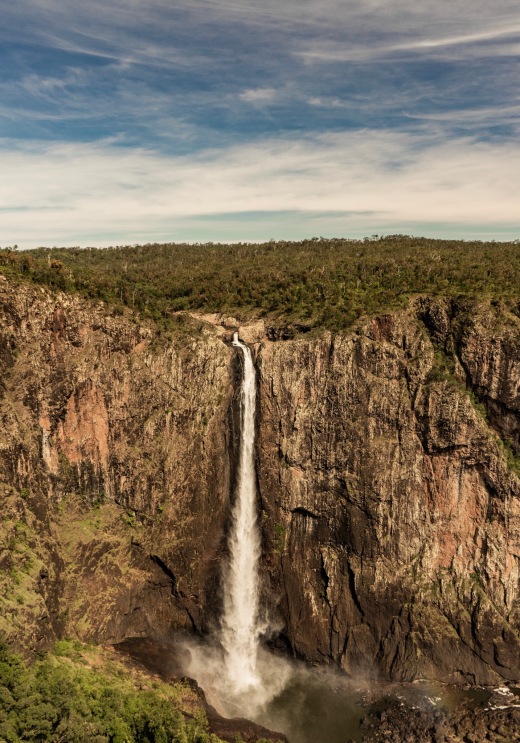 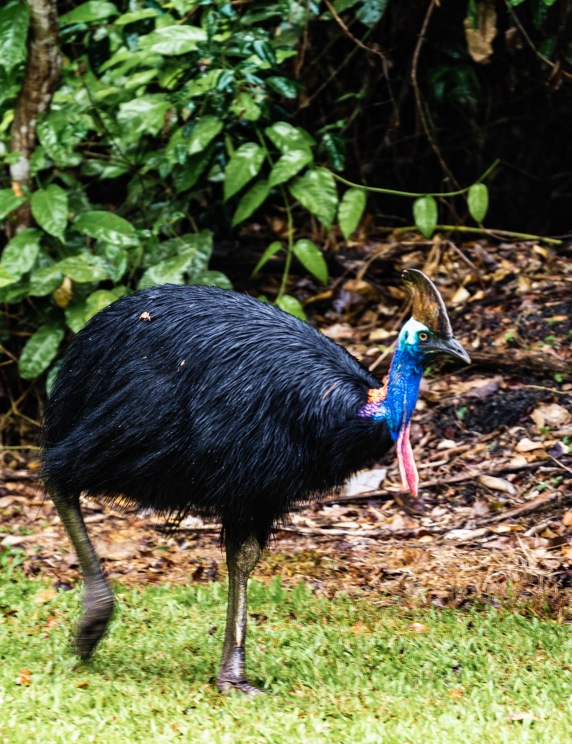 With a quick stop in Cairns, we headed up to Daintree river. As it was raining heavily all the time we spent another night close to the village, hoping we would have more luck in weather the next day. In a Café in Daintree village, we had Barramundi for lunch which was delicious! In fact, it was so delicious that we decided to by some more at a fish farm we passed on our way back to the campsite. Seriously, if you like fish and you ever get the chance to have some Barramundi, do! For the next morning, we booked a boat ride on Daintree river (DAINTREERIVERCRUISECENTRE.COM.AU) aaand it wasn‘t raining! Besides that, the tour was really good too. It was supposed to be 1.5 hours but lasted even longer and cost us only 30AUD. This is a really good price for an activity in Australia! Pretty much the same tour in Kakadu National Park would have cost us 75 to 90 AUD! So, in Daintree river, we saw a lot of Crocs and also a Water Python up in the tree. After the morning cruise, we crossed the river on the car ferry and were suddenly in a totally different world. On a curvy road, we made our way through the thickets forest possible, almost expecting a dinosaur jumping out on the street. We slowly made our way up to cape tribulation. On the way, we saw again a Cassowary, this time even with three little ones! Up at Cape Tribulation, we took a quick look at the beach and given the really bad weather we got what we expected: not much to see. Well, that’s the thing with beaches. They only look as nice if the sun is out and the ocean had been calm for the last few days. In a rainy and windy weather, even the usually turquoise water gets grey, as well as the sky of course, and also the sand. Still, we enjoyed the rainforest a lot and thought it was totally worth it to drive up there, even if it wasn’t the first time we have seen a rainforest like Daintree. 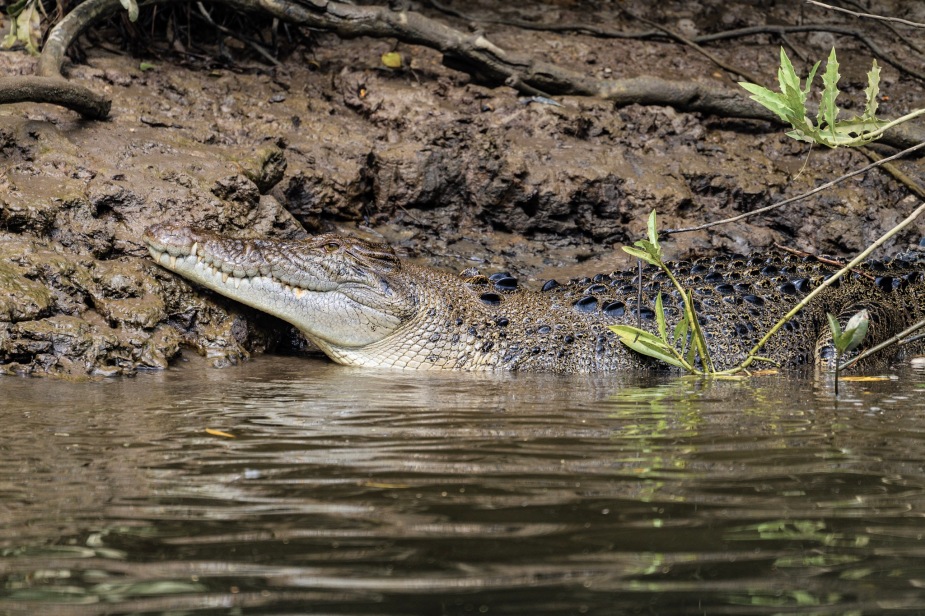 After a night in the rainforest, we headed southwards again to the Tinaroo Falls Dam, where we found a really nice campsite right at the lake. The landscape around this area looks a little like in northern France or in Germany and not that tropical anymore at all. There were a lot of plantations (ok, mango and not apple like in Europe. But trees are trees), cropped fields with hay balls laying on the fields to dry and green fields of grass too. It all looked really nice. The next day we stopped in Yungaburra where we heard you can spot Platypuses sometimes. We went there not expecting to see much at all, but then we did! We saw about 3 or 4 of these absolutely cute animals. Australia is definitely amazingly easy to spot wildlife! So far, we saw all the animals we wanted to see on our trip. Or, are we just amazingly lucky? 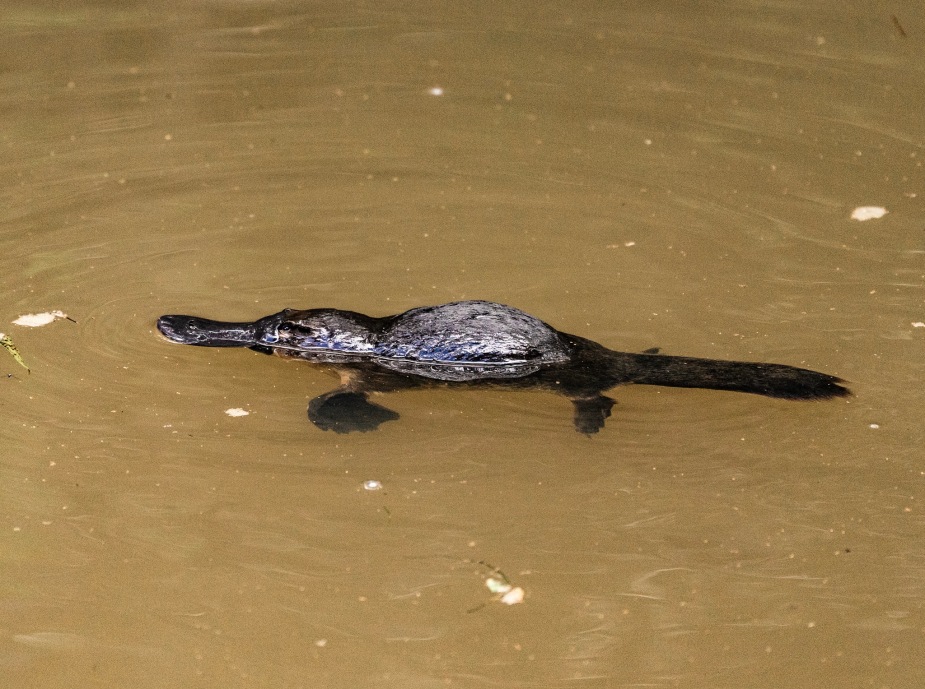 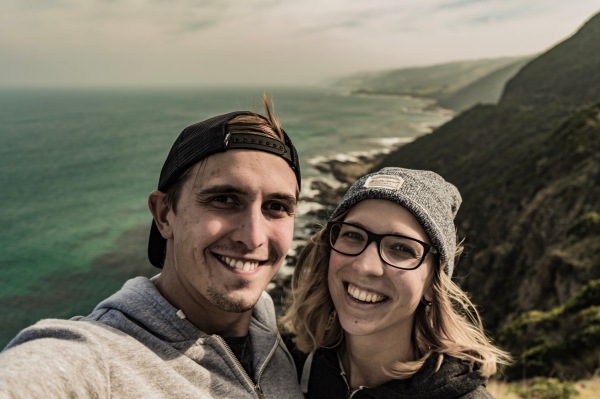